Turkey is a major sponsor of mosques and preachers in New Zealand, especially noticeable in Christchurch. See also Gamal Fouda: Rights of Husband ?? ?????

Istanbul, Turkey (CNN)Turkish President Recep Tayyip Erdogan has withdrawn his country from an international treaty to protect women through a presidential decree issued in the early hours of Saturday. 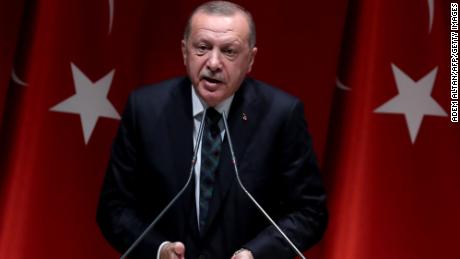 Recep Tayyip Erdogan Fast Facts
The move has sent shockwaves through a country that has been reeling from high-profile domestic violence cases and femicides.
Turkey was the first country to sign the Council of Europe Convention on preventing and combating violence against women and domestic violence in 2011. The Istanbul Convention, named after Turkey’s largest city, seeks to prevent violence against women, including domestic violence, and bring an end to legal impunity for perpetrators.
It is unclear why Erdogan made the decision to pull out of the convention. Turkish women’s rights defenders have protested against the withdrawal, while some conservatives argue it harms traditional family values.
The public debate around the convention peaked in August when religious and conservative groups began an intense lobbying effort against the convention, lambasting it for degrading family values and advocating for the LGBTQ community.
Erdogan’s cabinet came out to assure people that the withdrawal from the convention will not mean backsliding on regulations around domestic violence and women’s rights. “The guarantee of women’s rights are present in our current laws and especially in our constitution. Our judicial system is dynamic and strong enough to implement new regulations as needed,” the Family and Social Policies Minister Zehra Zumrut Selcuk said on Twitter. 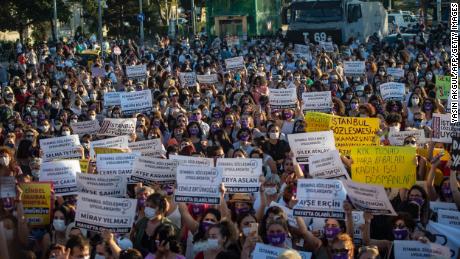 Treaties alone can’t protect women from violence
Turkey’s main opposition called the move an effort to relegate “women to second class citizens,” and vowed to return the country back to the convention, saying the current government failed to secure the rights of women and children. “You are failing to protect the right to life,” said Gokce Gokcen, an opposition parliamentarian on Twitter.
A coalition of women’s groups said the presidential decree withdrawing from the convention felt like a “nightmare” and by pulling out of the convention the government has announced that it will no longer protect women from violence.
“It is obvious this withdrawal will empower murderers, abusers and rapists of women,” the coalition statement said.
Turkey does not have femicide numbers issued separately but a non-governmental women’s right group puts the number of women killed in 2021 at 78.
Violence against women in Turkey is a “huge human rights crisis” that is “escalating,” Turkish novelist and women’s rights activist Elif Shafak told CNN’s Christiane Amanpour on Friday.

Turkey withdraws from Istanbul convention to combat violence against women