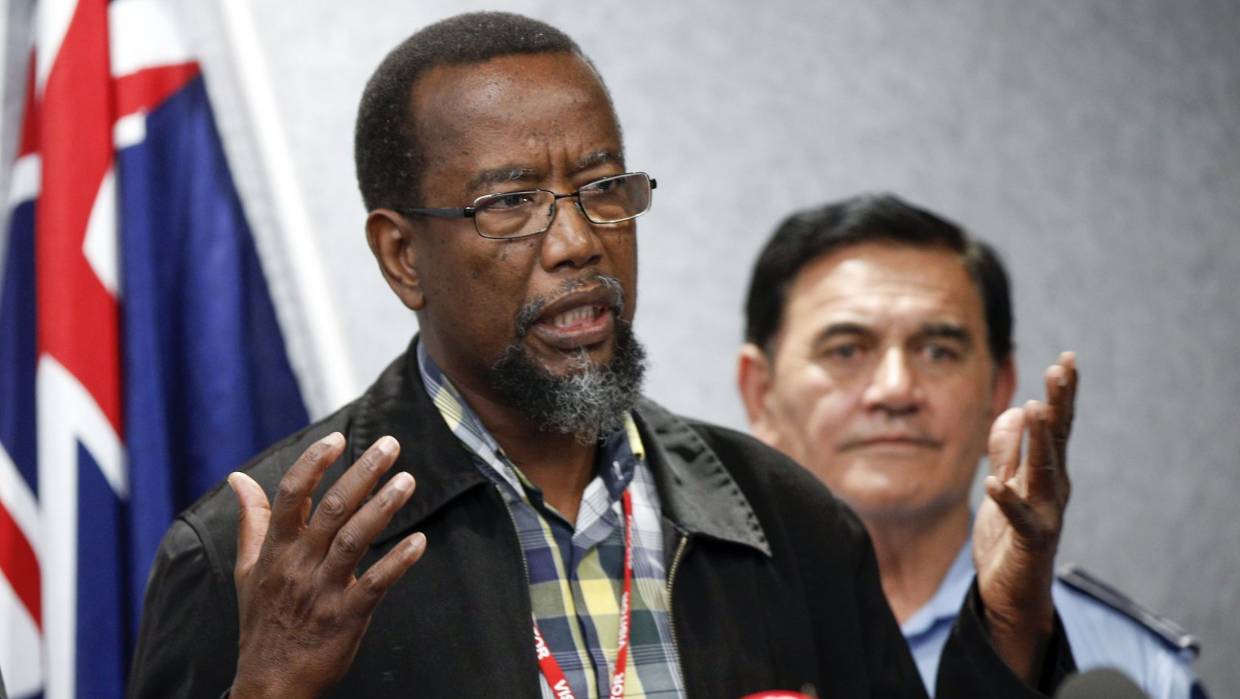 A $2.1 million donation from Qatar is involved in a rift in New Zealand’s major Muslim body just as it approaches the March 15 anniversary of the mosque shootings.

A February coup at the Federation of Islamic Associations New Zealand (FIANZ) has replaced its president, Mustafa Farouk, with Fijian-born Aucklander Mohammed Farouk Khan, 68, who has headed the South Auckland Muslim Association for many years. The sitting secretary was also deposed.

Mustafa Farouk maintains Khan’s election is illegal and the parties have asked the High Court in Auckland to intervene. A hearing date in April has been set.

Khan’s bid was supported by the Muslim Association of Canterbury, which is angry about the delay in distributing the donation from the Qatari charity. The money was donated in April last year but so far victims have not seen a cent.

The Canterbury association was one of four Muslim associations supporting Khan. Three opted for Mustafa Farouk.

One of the main stated objectives of the federation is to “maintain the unity” of New Zealand’s Muslim community. In the year ended March 31, 2018, it had an income of $3.4m, mainly from halal certification and training. Its annual accounts for the year ending March 31, 2019, were due last year but the Charities Services has granted it an extension until Sunday – the anniversary of the shootings.

The dispute has taken an ugly twist with Mustafa Farouk claiming the “coup” faction changed the locks on the federation’s headquarters in Wellington. Khan says the locks were changed to prevent supporters of Mustafa Farouk removing documents from the office. Khan said the document removal had been reported to police.

The federation’s bank account at the Bank of New Zealand has been frozen until the dispute is resolved.

The Qatari donation was just one issue that was causing unhappiness with Mustafa Farouk’s presidency, Khan said.

Muslim Association of Canterbury president Mohammed Jama said his association was disturbed with the delay in distributing the Qatari donation, which was needed by Christchurch victims urgently.

Mustafa Farouk, who still considers himself president of FIANZ, said he had delayed the organisation’s annual general meeting (AGM) so the body’s accounts could be audited and the accounts presented. Two auditors had resigned due to a conflict of interest.

“This is the worst time ever for this to be happening … people have different egos and some feel they can enforce their will.”

Some of the coup organisers were unhappy at the delay in distributing the $2.1m and the fact the federation wanted to release the money to the Christchurch Foundation rather than Victim Support, he said.

Some wanted the money spread widely around the victims but the Qatari charity had stipulated it should go only to those who had lost loved ones and those who were wounded.

Khan said the Qatari donation was only one of the issues causing concern in the running of the federation.

“We are a charitable organisation. We are answerable to the public and I think it was about time to have an AGM and whatever reason they had was not good enough to not have one.”

The timing of the coup did not affect any of the anniversary commemorations, he said, and he had no problem with Mustafa Farouk representing the federation.

He would stand aside if that meant bringing the community together and he was confident the matter would be resolved outside of court.

“Tell Dr Farouk to give me a ring.”