Could there be other reasons why they don’t want the public spotlight on what happened on March 15 turned on?  There are still many Muslims throughout NZ who do not believe the official narrative that Tarrant acted alone.

Otago Muslim Association president Mohammed Rizwan says the memorial is not something Muslims would normally do. Photo / Christine O’Connor

Members of the Muslim community are unhappy about a planned service to mark one year since the Christchurch terror attack.

But it will go ahead with their reluctant blessing.

A service will be held in Christchurch on March 15, the anniversary of the attack that left 51 people dead and many more injured at the Al Noor and Linwood mosques.

The Christchurch City Council said it had been in touch with those affected since October as part of organising the event.

However, Otago Muslim Association president Mohammed Rizwan said many of the victims and their families were not consulted about the service, and were unhappy it was going ahead.

Other Muslim associations have also distanced themselves from commemorative services.

Part of the issue was that in Islamic culture, marking anniversaries was not typically done, Rizwan said. 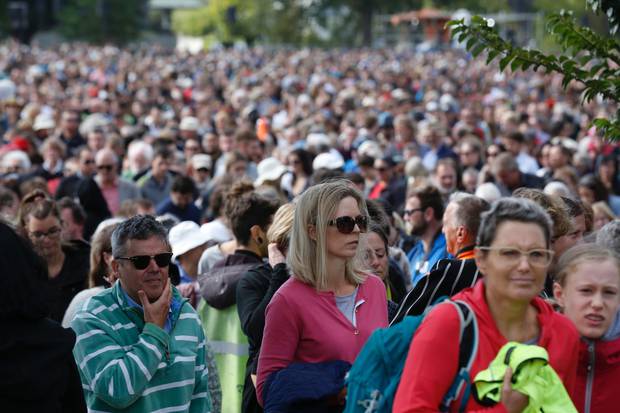 “We remember every day what has happened, and pray for those who have lost their lives every day.

“We do not need a fixed day to actually remember them.”

He said those affected were “just informed” that a service would be happening, rather than being consulted about whether they wanted one.

“If you talk to the victims and families of the victims, most of them will tell you, they don’t want it.

“They just want to move on; they don’t want to remember it again.”

He said the Dunedin City Council had consulted the association about holding a memorial event but, after getting feedback, decided against it.

“They respected our wishes.”

He accepted the service was happening, but his organisation would not be promoting it or attending. 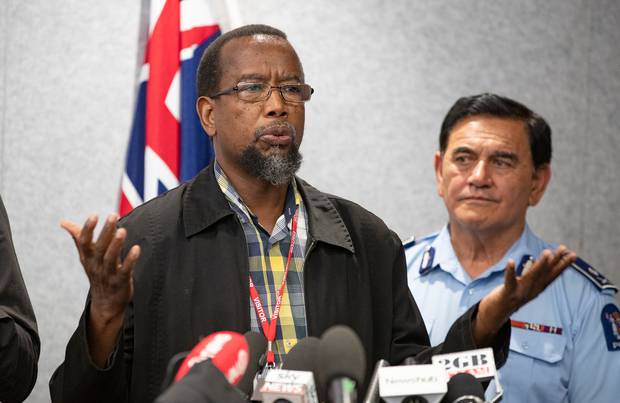 Dr Mustafa Farouk, pictured at media conference after the mosque shootings, also said the Federation of Islamic Associations was not involved in the planned service. File photo / Mark Mitchell

A Canterbury Muslim Association spokeswoman said the association was not involved with organising the service.

“We want to move forward and go on with our lives.”

At the same time, they understood that other New Zealanders wanted to mark the occasion.

“We are okay with it, in the sense that this is what the rest of New Zealand wants. But personally, as Muslims, it’s not something we have.”

A Christchurch City Council spokesman said discussions began in October 2019 and included some families of the deceased and members of the wider community, including leaders from both mosques.

“It was stated by the families that memorials are not part of their usual process but they acknowledged this was an event that affected the wider community as well as the Muslim communities and they felt it was appropriate,” the spokesman said.

Council staff had multiple meetings with the families to ensure the event was suitable, including around the selection of speakers and plans to acknowledge each of the deceased, he said.

Federation of Islamic Associations of New Zealand president Dr Mustafa Farouk said the organisation was not involved in organising the memorial service.

The organisation had left the decision about whether to participate to individual associations, he said.

A spokeswoman for Jacinda Ardern said the Prime Minister was on a plane and unable to comment by deadline yesterday.