The heads of the Security Intelligence Service and the Government Communications Security Bureau appeared before the Intelligence and Security Committee for their annual review this afternoon.

SIS director-general Rebecca Kitteridge told MPs that between 15 March and the end of June 2019 the agency received 455 pieces of lead information, a significant number of which were direct from the public.

“Unsurprisingly, many of these pieces of lead information concerned people who had expressed racist, Nazi, identitarian or white supremacist views.

“I think the public is much more aware that they have a role in letting us know when there are people who are expressing extremist views,” she said.

The number of people under active investigation at any one time over the last year also increased from between 30 to 40 people to between 30 to 50 people.

Kitteridge said tips received by the agency go through a “triage” system to determine if they are a high, medium, or low threat. “Which means that we are determining the seriousness of the information we’ve been given, what credibility we can attribute to it.

“And a small number of those [455 tips] were put into the high or medium category and investigated,” she said.

Kitteridge said the terror threat level in New Zealand remained at medium and she told MPs that we have yet to completely see how the March 15 attack will play out domestically.

“It has given encouragement to some people, it has been inspirational to other people so it remains still quite a fluid picture,” she said.

However, Kitteridge said people shouldn’t worry about their safety in their average day-to-day lives.

“If we were ever to see specific attack planning, we would be working with police immediately to disrupt it,” Kitteridge said.

Cyber attacks on the rise

He said while the number of recorded incidents remained about the same – 339 in the 12 months to 30 June 2019 compared with 347 incidents in the previous year – the number that were only detected after they had happened increased from 12 percent to around 17 percent.

Thirty-nine percent of these attacks had links to state-sponsored actors.

“I think this is telling us is a few things. Firstly, actors are more sophisticated and determined, and particularly state-sponsored actors.

“We’re also seeing agencies being compromised through known vulnerabilities. You know, there are ways into their systems which they haven’t patched and addressed.

“So that’s a key message that we’ve got to get out there is no one’s immune from cyberattacks, states are increasingly using cyber to achieve outcomes, so we need to be vigilant around that basic [cyber] hygiene,” Hampton said. 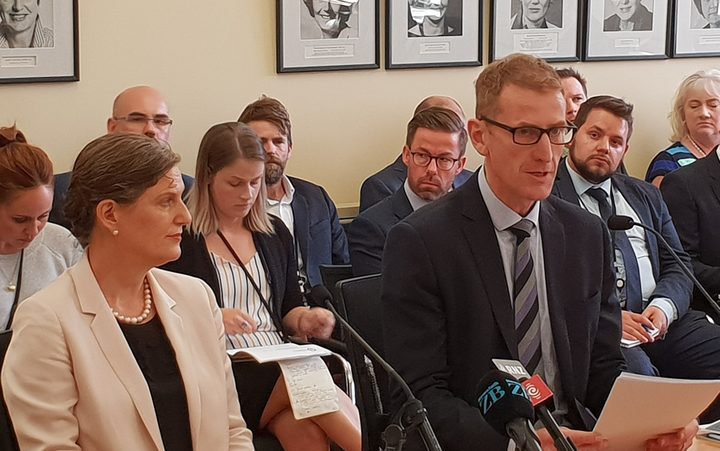