When users searched for the university’s English Language Academy site on Google, the link to the site said “Hacked By Middle East Cyber army” with the message “WE ARE MUSLIMS AND WE ARE PROUD!!!” displayed below.

The message also contained a phrase in Arabic which translated to: “Lord God and chosen Islam as a religion and our master Muhammad as a prophet and a messenger.”

The website was restored to normal by 10.30am today, but for at least 12 hours an “under maintenance” sign showed instead of the homepage.

The Cyber Army may have been confused about who it had targeted – the group said it had hacked “The University of the Australian” in a Facebook message posted on Friday night. 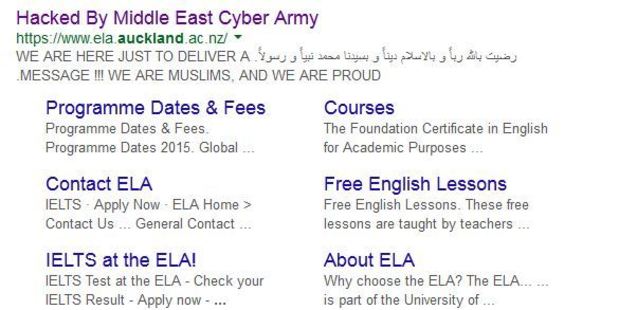