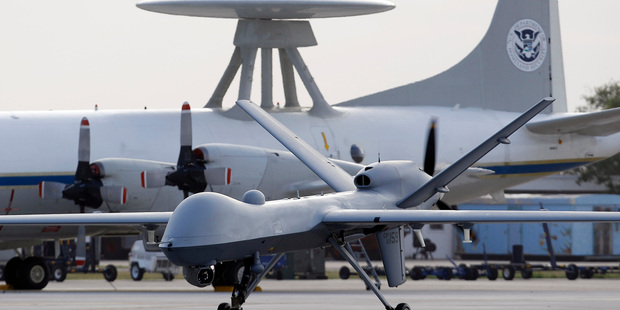 An Australian man who died in a US drone strike alongside a New Zealander was introduced to radical Islam at a Christchurch mosque, Australia’s ABC is reporting.

Christopher Havard was killed when a car he was travelling in was hit by a missile fired from a US drone last November.

New Zealander Daryl Jones, who was with Havard, was also killed in the strike.

Documents obtained under Australia’s Freedom of Information laws by the 7.30 programme show Havard and Jones had been on an Australian Federal Police (AFP) watch list because of their links to the banned al-Qaeda banned in the Arabian Peninsula (AQAP) terror group.

The pair had reportedly met at a mosque in Christchurch.

Havard’s mother and stepfather, Neill and Bronwyn Dowrick who live in Townsville, told the ABC he became a Muslim in 2008 after becoming interested in the religion at university.

Havard then moved to Christchurch, where he joined a local mosque.

He told his parents it was during his time at the Christchurch mosque that he first encountered radical Islam.

“When he moved into the mosque he realised what they were trying to convert people to. That’s when he left and went to Dunedin. He didn’t agree with what they were teaching,” they told the ABC.

“Always soft-spoken, never raised his voice. And yeah, he was a good Muslim,” he told the ABC.

“The problem with those converts, they go to the internet … and that’s where they can stray easily.”

In Tonga today Prime Minister John Key was asked if the SIS had monitored the mosque.

“No I wouldn’t necessarily say that, what I would say is from time to time there have been situations where we have deemed it appropriate to gather information about people and to monitor their whereabouts,” Mr Key said.

“I’m not saying they have or they haven’t, I’m just simply saying there are situations where we’ve gathered information and I think appropriately so.”