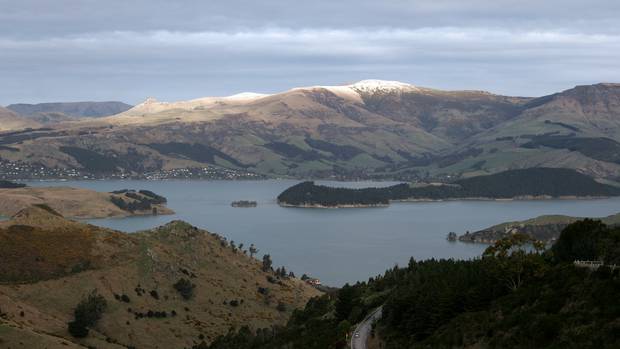 After months of obstinate denials, the man who became known as “The Port Hills Groper” has admitted his offending, but name suppression continues.

The man admitted eight indecent assault charges, involving grabbing, groping, kissing or licking women, mainly as they were exercising on the Port Hills. He pleaded guilty on the day his trial was scheduled to begin before a judge-alone in the Christchurch District Court.

The 64-year-old, a refugee, entered his pleas through his defence counsel Moana Cole, ending months of appearances at the court when he had insisted he was not the man involved. The defence at the trial was going to centre on issues of identification and pre-trial arguments on that issue were heard last week.

Judge Jane Farish remanded him on bail for sentencing on January 15, and gave him the first strike warning which imposes heavier penalties on repeat violent and sexual offenders.

At the request of Ms Cole, the judge continued interim name suppression while a psychological report is prepared ahead of sentencing.

Judge Farish indicated she would need to be convinced if final suppression was to be granted at the sentencing. The defence has cited disproportionately serious effects on the man and his family.

The man told the court from the dock that some of the offences had  occurred at Christmas time when he understood he was supposed to be friendly to people. He cited a “misunderstanding” about cultural differences.

The police dropped six indecency charges that involved touched that was “not inherently indecent”  but involved inappropriate comments. Police prosecutor Stephen Burdes said they did this in the interests of resolution of the case.

The police did not proceed with two other charges where pre-trial argument was heard last week relating to identification issues and the photo-montages used by the police.

Mr Burdes told the court the offending involved women aged from 16 to 54 who did not know the man, but some had previously seen him in the Port Hills area where he walked regularly.

The first offence was in September 2010 when he spoke to a woman, tweaked her nipple, and then “burst into fits of laughter” before walking away taking to himself. He commented to the woman, “Lovely titties.”

In December 2012, he stopped, hugged, kissed, and licked the faces of a mother and daughter who were walking with a dog. He intentionally made contact with both their breasts. He said, “Nice boobies,” as he walked away.

There were two incidents on December 31. In the first, he tried to kiss a woman on Rapaki Track and squeezed her breast, before saying, “Aah, beautiful. Happy New Year.” He squeezed a second woman’s breast a few minutes later.

Ms Cole said a psychiatric report before sentencing would examine the man, and the psychological effect on his family if his name were published.

Judge Farish said the original suppression order had been granted because there were issues relating to identification but that no longer applied once he had pleaded guilty.

She said compelling reasons would be needed if she were to grant final suppression, but she would continue the suppression till January because of the material that was already on the file.

Mr Burdes said the police did not oppose the suppression remaining until sentencing because of the impact on the family in a close-knit community, but they would oppose final suppression.